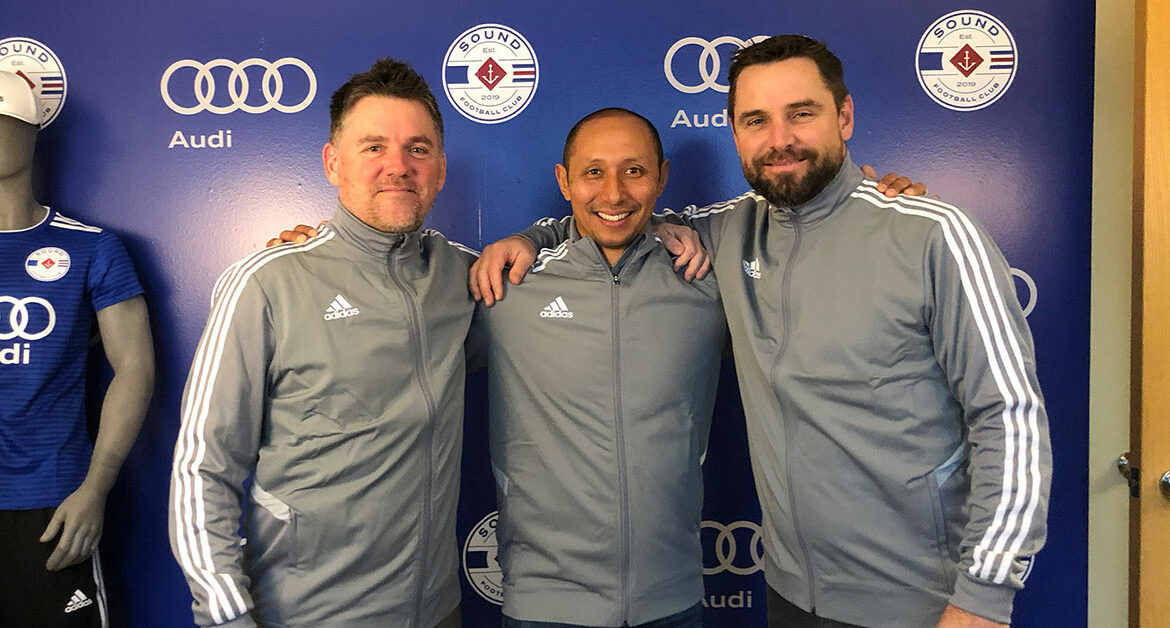 This rebrand aligns with the club’s new mission, vision, and values focused on the establishment of a cohesive, diverse community in which athletes can develop to their full physical, mental, and technical potential. Since the hiring of Executive Director Joe Hampson in April 2018, and re-populating the entire Board of Directors, the organization restructured and set its sights on becoming the preeminent choice for soccer in the Puget Sound region.

Greater Seattle Surf premier and US Youth Soccer National League teams will all finish their current seasons as Surf teams. Players will tryout for Sound FC teams for the 2019/2020 seasons, including high school-age boys trying out in February and other ages in Spring 2019. Current members of the Junior Premier (JPP) and Life is a Kick/ Scott’s Soccer Tots programs will still be branded as Greater Seattle Surf thru the Winter sessions.

US Men’s National Team and English Premier League star DeAndre Yedlin now serves as Sound FC’s first club ambassador, a relationship that also means a transition to adidas for the new Sound FC home, away, and training kits. Yedlin’s first Sound FC program is a major international CrowdRise Sweepstakes fundraising initiative. From January 7- February 7, 2019, anyone can enter the sweepstakes to win a trip for 2 to watch the Newcastle United vs. Liverpool FC match at St. James’ park in England. Details are available at WatchYedlin.com

New sponsors include the premier-level club sponsor Puget Sound Audi Dealers. Returning sponsors include Edmonds Orthopedic Center. Dr. Wren McCallister says “We are impressed with the new leadership’s vision and values along with their commitment to developing players as both athletes and individuals. With a solid plan for growth and development, Sound FC will be an asset to our community for years to come.”

Greater Seattle Surf/ Sound FC Board President Tim Hargrave says, “We are trying to build something special. We know we are not done yet, but we can foresee the day when there is no better club anywhere at developing great soccer players who are also great people.