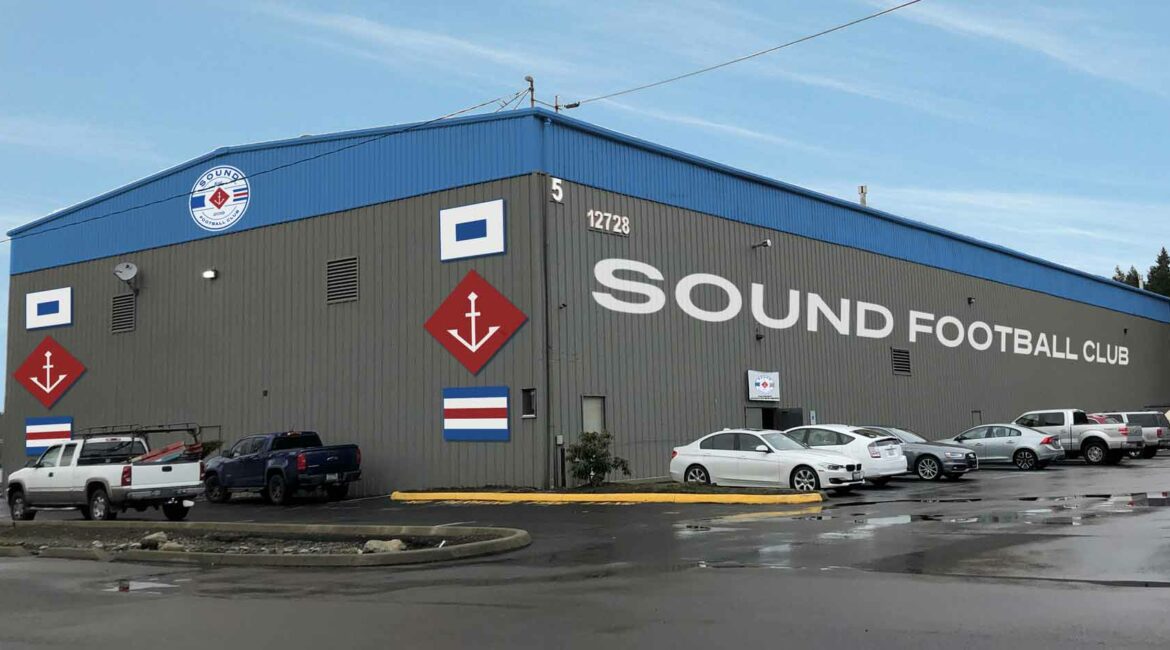 We are excited to share some big news for our players, families, and community. Shortly after our changeover from Greater Seattle Surf Soccer Club to Sound Football Club on April 1, our organization is relocating to a new clubhouse.

Our new facility is located at the former site of Woodinville Indoor Soccer Center. Between now and our expected move in May, we are investing in improvements to replace the current indoor soccer field with three midsized and one regulation sized futsal courts plus expanded office space, new conference/ meeting rooms, media/ event space, and a cross-training and SAQ training area. Plans also include a balcony with concessions as a viewing area for families.

“It is no secret that futsal internationally is a very accepted and respected form for player development,” explains Sound FC Director of Soccer Jason Farrell. “US Soccer has actually implemented some standards recently stating that futsal is a required part of the DA curriculum at certain age groups and at Sound FC we want to take that even one step further. My vision is that all of our young players will have futsal be a regular part of what they do.”

The new Sound FC Clubhouse will also be home to Life is a Kick/ Scott’s Soccer Tots, our current partner for providing youth programming starting at age 3. Additionally, under the direction of our new Director of Tournaments & Leagues Teddy Mitalas, the clubhouse will host youth and adult futsal leagues and tournaments.

We expect the new clubhouse to play an important role in the greater community, anchoring us to our mission of developing the whole athlete- SOUND MINDS, SOUND BODIES, and SOUND SKILLS.