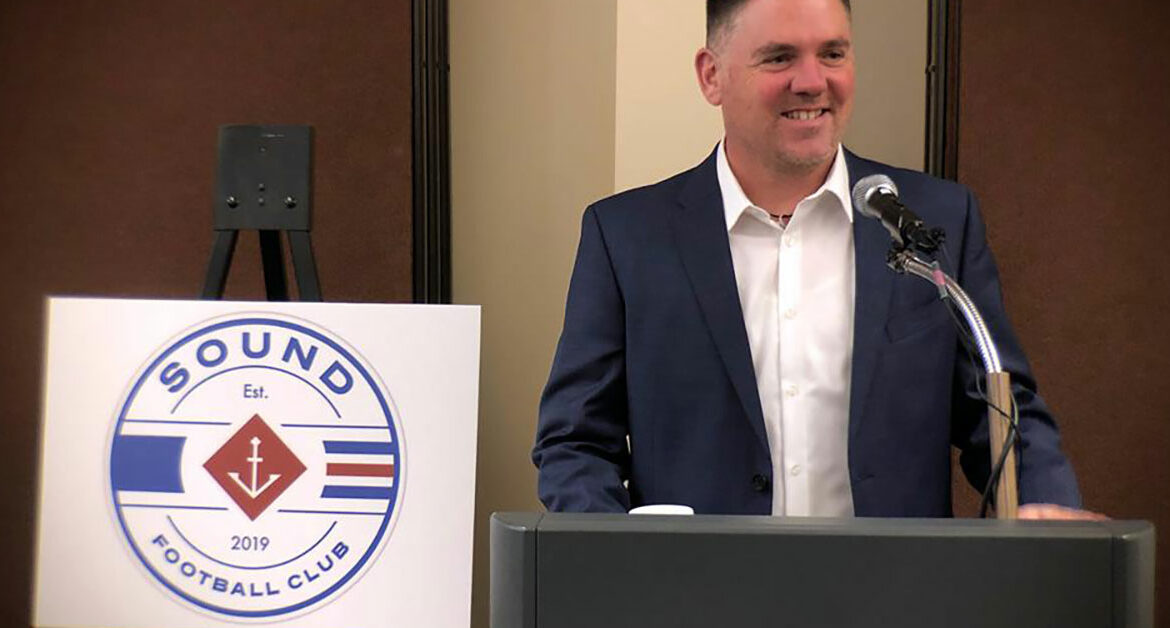 Sound Football Club (Sound FC), a nonprofit premier soccer club based in Bothell, WA, announces the promotion of Jason Farrell as Director of Soccer. Farrell joined Sound FC in April 2018 as a Soccer Advisor. Beginning immediately, Farrell will direct and ensure the overall success of the Sound FC program.

“I’m excited to have Jason lead the club in this fulltime leadership position and have no doubt he will drive our mission and vision throughout the soccer program to new heights. The caliber Jason brings with him gives immediate credibility to our dedication to make Sound FC the premier soccer club of choice in the Puget Sound region.”

Farrell most recently served at Seattle United, where he was instrumental in building them into the club it is today, serving as the club’s Technical Director, Girls Director of Coaching and, most recently, as the club’s Director of Development and Communications.  He is a native of Shoreline, WA, played soccer at Seattle Pacific University, and had a 12-year professional career, including six years with the Seattle Sounders and four years with the Columbus Crew of Major League Soccer.

“The communities served by the Sound Football Club are, and have always been, very passionate about their youth sports and their soccer in particular” commented Farrell. “They have a rich soccer history and some of the best players that Washington has produced have come from this area.  Sound FC has a very dedicated, energetic and committed coaching and admin staff and I am looking forward to the opportunity to work with them and Executive Director Joe Hampson.  We will strive to be the most competitive club we can be and, at the same time, remain focused on being a valuable community asset.”

Sound FC’s mission is to provide a community in which athletes compete at their maximum potential while developing strong minds, strong bodies and strong skills that inspire lifelong success, on and off the field. Sound is the only premier soccer club chartered by Washington Youth Soccer for the South Snohomish County and Northshore Youth Soccer associations at the highest level of club play in Washington, the Regional Club League.