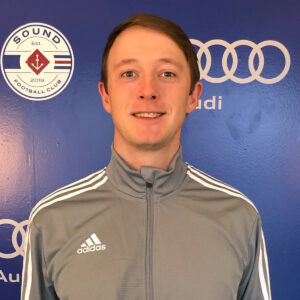 David Hartshorn, is originally from Wales, and as a youth player, represented Wales School Boys U15 & U16. David also played collegiately at University of Wales Cardiff, graduating with a bachelor’s degree in Sports Coaching and Sport Psychology.

David has over 15 years coaching experience, across all levels of the youth game, holds a USSF ‘B’ License and has coached at Sound FC since 2016. Additionally David is the 7v7 Director at Northshore Youth Soccer Association.