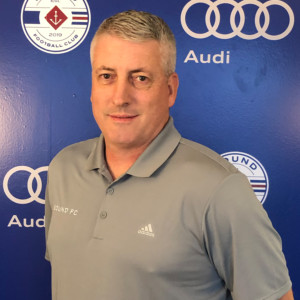 Jason Dunn came to Sound Football Club in 2019 from Seattle United where he coached U12 trough U16 boys and girls teams. Prior to Seattle United, Jason coached at Arizona Arsenal SC as well as several men’s and women’s high school programs in Arizona, being named CUSD Coach of the Year in 2014.