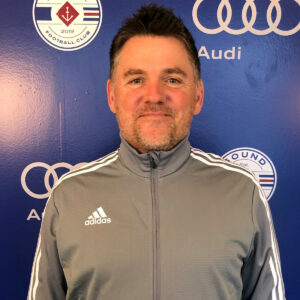 Jason is highly regarded in the soccer community and has played a key role in ensuring the smooth transition of the Sound FC premier program to NYSA.  Prior to Sound FC, Farrell served for nine years at Seattle United, where he was instrumental in building them into the club they are today, serving as the club’s Technical Director, Girls Director of Coaching and as the club’s Director of Development and Communications.  He is a native of Shoreline, WA, played collegiate soccer at the University of Washington and Seattle Pacific University and had a 12-year professional career, including six years with the Seattle Sounders and four years with the Columbus Crew of Major League Soccer.